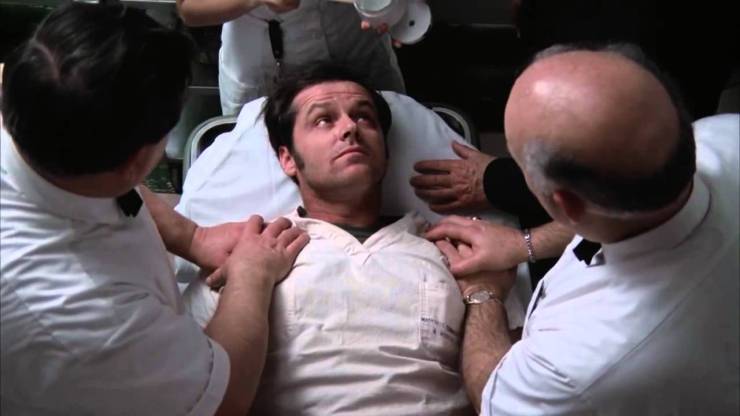 I’ve started my first petition ever. I’ve signed a lot a petitions (usually the ‘black and white’ rather than ‘grey area’ ones), but the reason for this one is simply because I think it deserves to be in the news agenda. A lot of agenda-setting is fairly arbitrary and based on whatever news editors think is relevant. When I’ve spoken to editors they always say: “You just get a feel for the news.” It really is arbitrary.

And that is always it. Our popular news tends to be down to the instincts and hunches of a few people who decide what the news should be. If I ruled the world, the news agenda would not be the way it is – but I don’t and that is probably just as well.

So, I wanted to sign a petition against ECT – Popularly known as electro-shock therapy. The reasons for this were not because I have experienced ECT myself, but I have encountered people who have and from what they have said, it has largely been a very negative experience. They have described it as invasive and life-changing (in a bad way).

I couldn’t find many petitions against it, so I’ve made my own. I’ve resisted doing so before now because I’m not a leader. But someone has to do it.

As Sondheim says in his lyrics: ‘If you have no expectations, you will never have a disappointment’. And I’m not really expected any great results from this. Call it an experiment – in the same way as ECT is simply an experiment – because no-one knows what it does. And it really is barbaric and shouldn’t happen.

Please don’t send me to ‘chokey’ just for hoping that the pen is mightier than the electricity.

Here’s the text of the petition and the link:

Electroconvulsive therapy remains highly controversial. It is also largely ineffective – it damages the human brain. It doesn’t work. Those who experience ECT often talk about how it feels like a kind of torture or punishment. Many people with mental health problems feel compelled to undergo ECT as a last resort and yet they often come away from the experience feeling worse than they were before. They can also experience significant brain damage.

It is like playing Russian roulette with the human brain and is even used as a threat in some instances and contexts. It is a barbaric and ineffective treatment for mental health problems.

Academic studies which defend ECT are often influenced by those with a vested interest in the treatment. But it is the vulnerable who suffer as a result. Government is complicit in this procedure and there are many other less invasive options for those who suffer mental health problems.